To read more on the Dawson’s Creek reunion, pick up the new issue of Entertainment Weekly on stands Friday. You can buy the full set of five covers here. Or purchase the individual covers featuring James Van Der Beek, Katie Holmes, Joshua Jackson, Michelle Williams & Busy Philipps, or the original foursome online or at Barnes & Noble. Don’t forget to subscribe for more exclusive interviews and photos, only in EW. Watch the full episode of Entertainment Weekly Cast Reunions: Dawson’s Creek, streaming now on PeopleTV.com or download the PeopleTV app on your favorite device.You no longer have to wait. For the first time since the 2003 finale, the cast of one of the most iconic, beloved, and meme-worthy teen dramas ever, Dawson’s Creek, has reunited, thanks to Entertainment Weekly. “I think we’ve all sort of seen each other over the years, but not everybody all together,” says Katie Holmes. “And never for long enough.” Adds creator Kevin Williamson (Scream), “I run into James and Josh, Katie, Michelle, and I just get a big smile on my face. It’s just a very, very special time in my life.”

The cast — Holmes (Joey Potter), James Van Der Beek (Dawson Leery), Joshua Jackson (Pacey Witter), Michelle Williams (Jen Lindley), Busy Phillips (Audrey Liddell), Kerr Smith (Jack McPhee), Meredith Monroe (Andie McPhee), and Mary Beth Peil (Evelyn “Grams” Ryan) — sat down for EW’s cover story and video reunion, streaming now on PeopleTV.com or through the PeopleTV app, on March 12 in New York City. Looking back, Van Der Beek recalls the time during season 4 when he got lost trying to show his parents the Leery house in Wilmington, N.C., which stood in for fictional Capeside. That small-town location bonded this cast more than your typical television series. “It was like growing up together,” remembers Monroe. “I felt like I was so grateful that it was shooting in Wilmington. We all got to really connect in a way that I don’t think we would have had we been in New York or L.A.”

The series, which ran on The WB from 1998 to 2003 and is now streaming in its entirety on Hulu, was both a sweet nod to coming-of-age stories and a bold and sometimes controversial addition to the teen genre. Budding filmmaker Dawson, goofy troublemaker Pacey, moody tomboy Joey, and reformed-ish bad girl Jen all discover the joy and (mostly) pain of first love as they date and break up and date and break up… and date and break up, all with the titular body of water as a soothing backdrop. Love triangles and rectangles are nothing new, but Creek’s delivery of these topics was shockingly fresh. These pubescent pals weren’t going to the Peach Pit for shakes — they were talking about masturbating to Katie Couric and having affairs with their teachers. And they spoke about their hormonal escapades (or lack thereof) in smart, Aaron Sorkin-esque dialogue. Says John Wesley Shipp, who played Dawson’s father, Mitch: “I remember a big star who shall remain nameless said to Kevin, ‘Young people don’t talk like that.’ Kevin said, ‘Well, maybe not, but they’d like to.’ We had a feeling that we were pioneering a different way of telling stories about young people.” Adds Jackson, “Kevin never insulted the audience and never insulted [the actors] by dumbing us down. I loved that part.”

And the show’s young stars, especially the main four leads, all became overnight teen icons. “I was actually with James when he signed his first autograph,” remembers Mary-Margaret Humes, who played Dawson’s mother, Gail. “My husband and I had taken James up to Universal City in L.A. to watch a movie. This girl came up to James and said, ‘Excuse me, aren’t you that guy on Dawson’s Creek? May I have your autograph?’ He signed it and said, ‘Oh my God, Mary-Margaret, that was my first!’ And, of course, my thought was ‘Oh, honey, hang on.’”

But it’s not surprising to see such passionate fan reactions. Creek was a series that wore its heart on its sleeve and spoke to a generation. “It was really wholesome and it was really Americana,” says Greg Berlanti (Riverdale), who began his career on season 2 and took over showrunner duties in season 3. “I think if people want a perfect snapshot of what it was like to come of age in the ’90s and be a young person in that moment, Dawson’s will always be a time capsule of that.” Adds Williams: “I loved that we were able to get in there in those formative years for people. That’s why people, I think, are so connected to it. When something affects you while you were growing up, it kind of stays in there forever. When you’re so permeable and open and trying to figure out who you are and what’s going on, whatever reaches you in those moments really becomes part of you.” 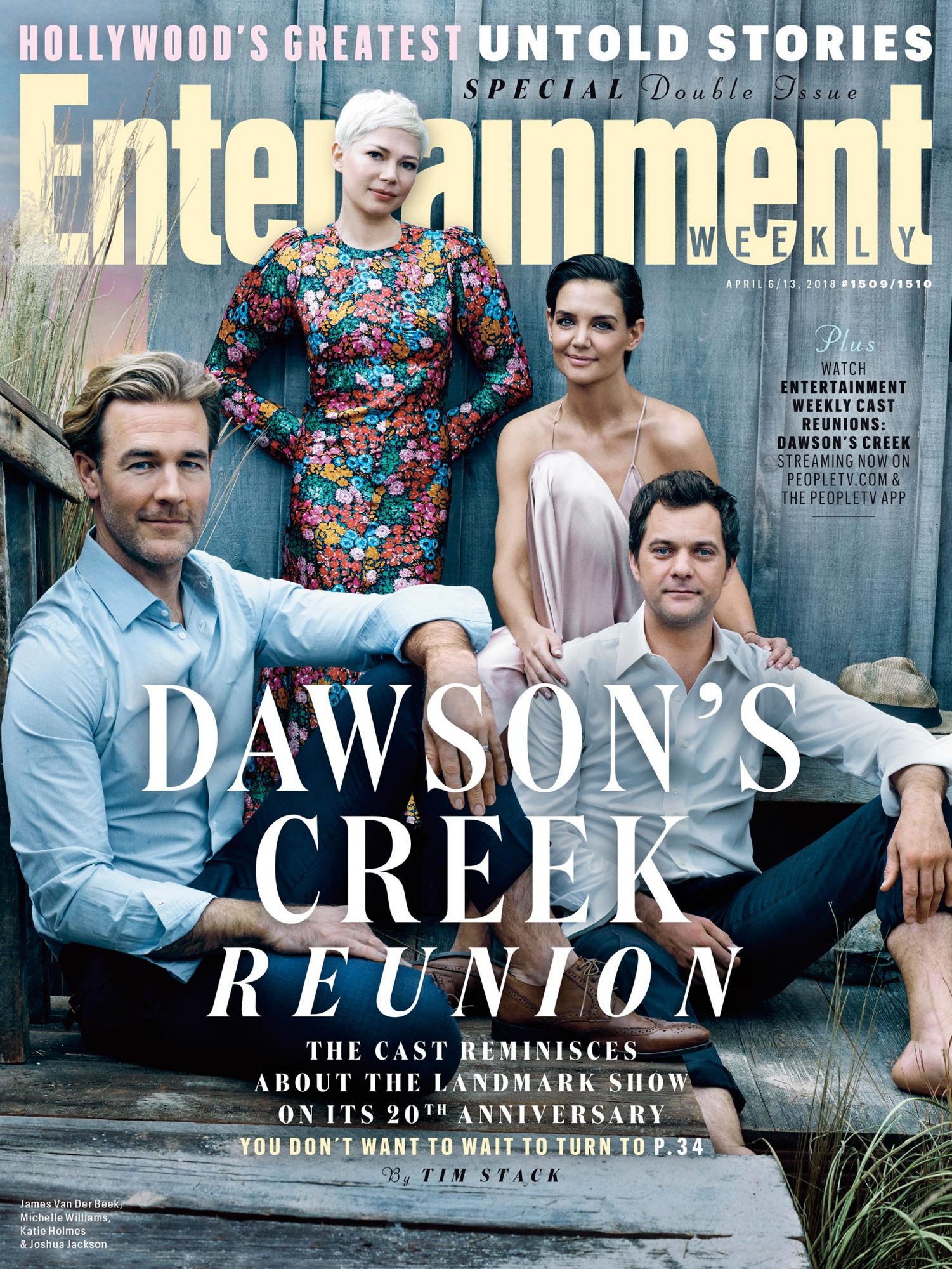 For much more on Dawson’s Creek and other Untold Stories, pick up the latest issue of Entertainment Weekly on stands Friday. To purchase the four collector’s covers, visit your local Barnes & Noble starting April 3 or visit the EW Back Issues store.